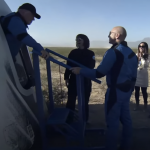 The future we saw in 2001: A Space Odyssey, is finally coming true, said David Hitt, author of Homesteading Space: The Skylab Story.

“Twenty years after the real year 2001, we don’t have human missions to Jupiter or, thankfully, murderous computers,” he told MetaStellar. “But we have finally realized that vision of being able to buy a commercial ticket to outer space.” 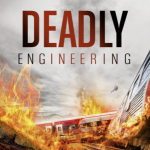 Deadly Engineering: Catastrophes of the Sky

David appears in the first episode of season three of the Science Channel's Telly-Award-winning series "Deadly Engineering," discussing the challenges NASA engineers faced in saving the Skylab space station following its troubled launch and then in bringing it safely back down at the end of its orbital life. 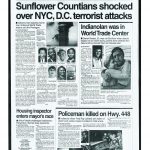 It was a surreal day. The World Trade Center was so very far away when I watched the towers fall on that television, and yet very quickly was so so very close.

I’m proud of the issue we put out that week. I’m proud of our local coverage of a historic day. I’m proud that we captured and recorded and preserved the Sunflower County story of September 11th.